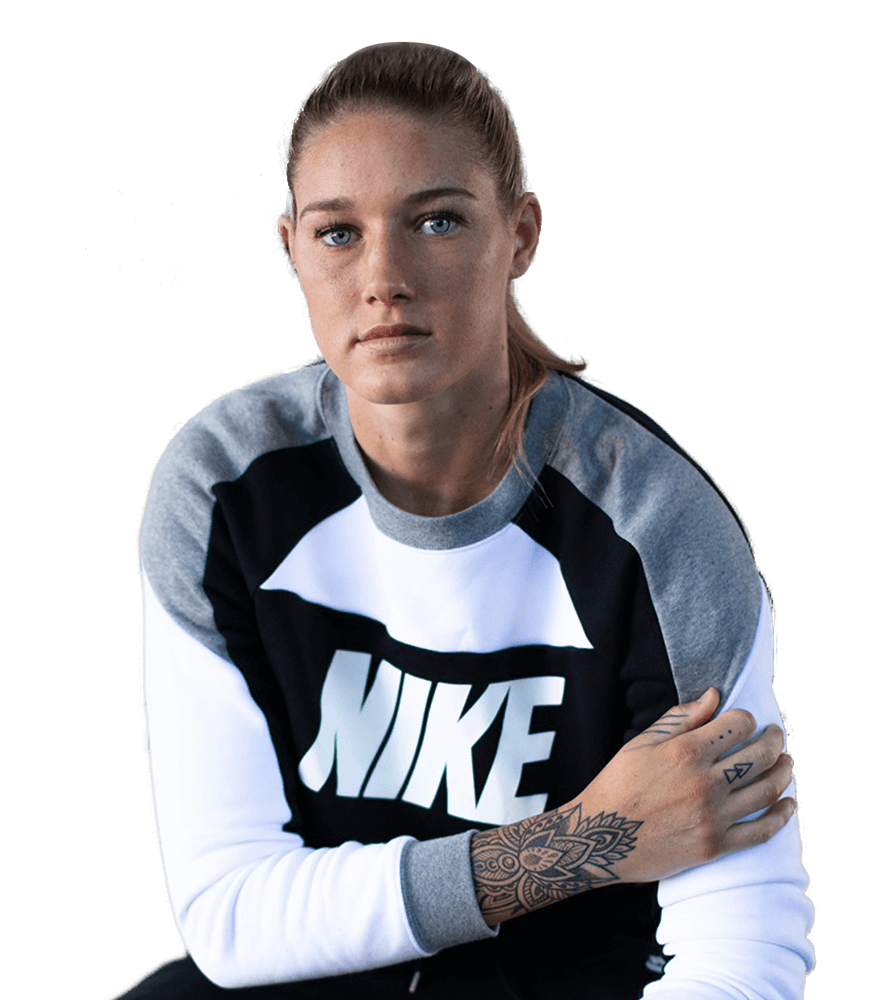 “Tayla Harris played in the inaugural AFLW season with the Brisbane Lions as a marquee signing, following her meteoric rise to the spotlight for her eye-catching kicking style. She requested a trade to the Carlton Football Club at seasons end and continued to perform to a high level at the Blues.

Her athleticism extends from the football field to the boxing ring, boasting an undefeated record of seven wins and one draw as a professional boxer. She now holds two divisions’ weights as an Australian Champion.

Thanks to her sporting ability both on the field and in the ring, she has become a face of Nike worldwide.

In 2019 Tayla was the subject of online trolling following a photo of her kicking for goal being posted to social media. She showed great maturity in speaking out about the issue and is now part of a movement to raise awareness around trolls and online bullying, even featuring in a charity boxing match against radio presenter PJ Harding.

At NAC, Tayla will share her knowledge and experience on personal and professional resilience and the many forms of leadership.”